Looking for a treasure with GPS and WhereYouGo

Using the URWIGO application (an alternative creator of Whereigo type games) ), we will prepare an “adventure” that can then be played through the WhereYouGo application on the Android smartphone (be careful, the same name iOS app serves a different purpose)

The process of preparation of the adventure resembles the designing an event-driven program.

We will use “objects”:

Find out the key that is the three digit number for the locker.

Plot of the adventure

At the trolleybus stop, the player meets a gorilla, who tells him that her sister has the key – and she's at the pond. For the key he will require an apple. The apple is at the dry well. The player gets an apple at the well, continues to the pond, but on the way he encounters one of the two pitfalls (bison, which must be escaped, and porcupine, who will immediately devours the apple from player). If the bait does not beat, player must return to the well for the apple and go to the pond again. Just before the gorilla encounter another lure waits. The last problem is to get the key from the pond itself.

Zones are areas where something is happening. They will be displayed gradually, as the player will discover them, so they all have the Active feature turned off at the beginning. We will define the size and the layout of zones directly on the map. If you want to use the same maps as in-game on a mobile device, it is useful to use OpenStreet map. They are added from menu: File>Settings>Map: OSM = http://c.tile.openstreetmap.org/{z}/{x}/{y}.png 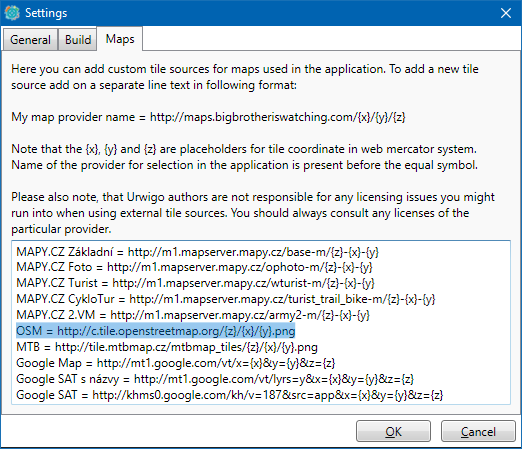 Zones respond to events that arise. The response to the event is being prepared using Actions. Graphically, this creates a script in the Lua language. Zone scripts are the main “engine” that controls adventure. The status of the adventure is monitored through Variables.

If the adventure also includes graphics and audio materials, you must add them to the Media. Set to Type and source (New item). The media must be in a format that is accepted by the mobile device (JFIF-. jpg/PNG and MPEG-1 Audio Layer III-MP3). To prevent problems with media availability in your mobile device, you should store the media in adventure root directory (don’t put it into subdirectories).

The Item can use an image description included through Media. It has own location and can respond to clicks (On click event).

At any moment, the player should know what to do. Task descriptions are displayed during the adventure on the display.

You can request from a player via Inputs text, a number, a choice of two or more options. The response is processed by a script that reacts to the On get input event.

Using Timers is in an adventure realized waiting for the founding apple and key. The virtual getaway before Bison is also a duel with time. The time interval response is set as the On elapse event.

You can test the ready made adventure using the Build>Run.

The debugged adventure needs to be compiled into the *. gwz file (Build>Build package (gwz)). This file is copied to the appropriate directory on the mobile device in app WhereYouGo. 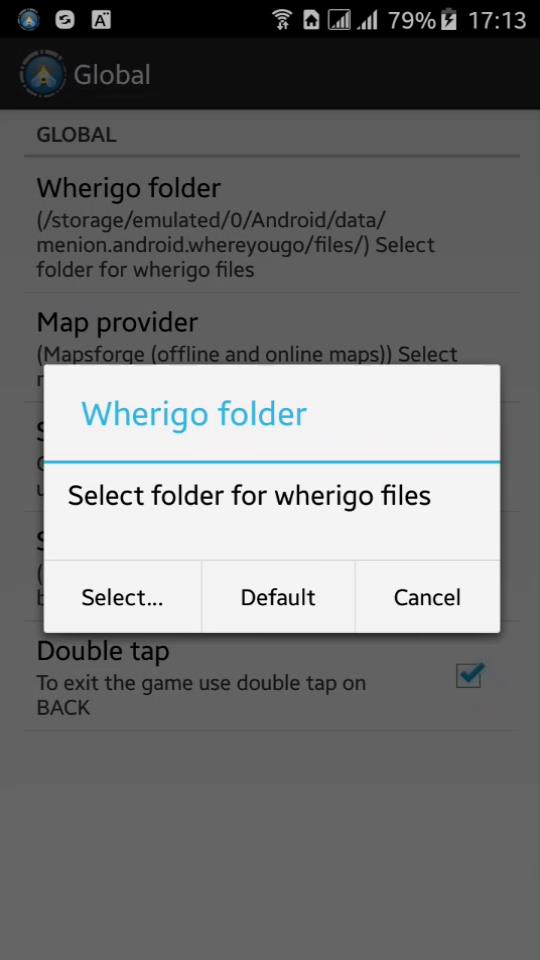 You just need to play an Android OS device with GPS – you don’t need any connection to any data network. 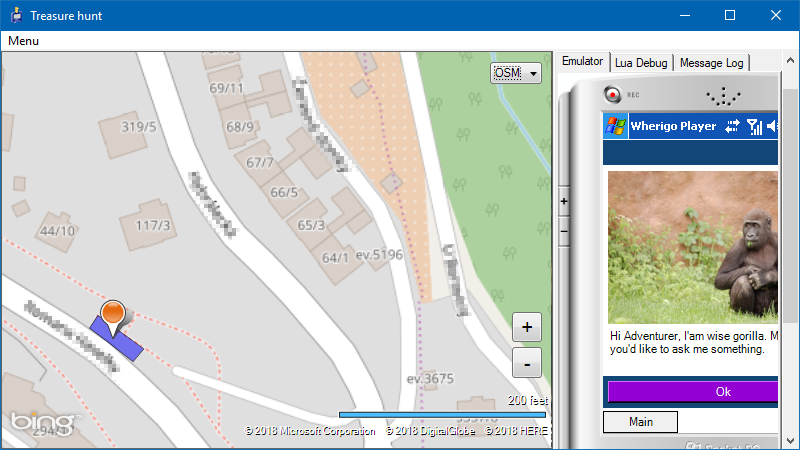